As a Yale graduate student, I stumbled onto a book describing the destruction of East Texas’s legendary Big Thicket where I fished and hunted as a boy.

Getting up my courage, I wrote the newly elected Senator Ralph Yarborough (D-Tx) urging that we save the Big Thicket–the Everglades of Texas. To my amazement, the Senator wrote back, saying that because of a newly passed law he was to able to set aside a significant area of vegetation: the Big Thicket Scenic Area (1400 acres in the Sam Houston National Forest). It is still there.

The Big Thicket is a biologically rich wilderness in Southeast Texas. Essentially the westernmost extension of the Southern Evergreen Forest, it also contains elements from the Gulf coastal prairies to the south, the longleaf pine and the other forests to the north, and the post oak belt and prairies to its west.  Its profuse welter of plant and animal life has earned it the title of the biological crossroads of North America. 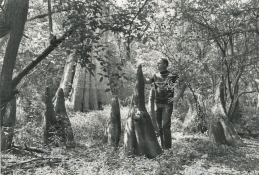 Yarborough’s response and other factors inspired me to continue working on the Big Thicket. Starting with articles and reviews in environmental magazines and with talks, I later became president of the Big Thicket Association (1971-72) and then chairman of the Big Thicket Coordinating Committee (1973-1980), a twenty two member umbrella group of environmental organizations. It took a decade long campaign to create the Big Thicket National Preserve. Signed into law in 1974, it was the first biological preserve in the history of the National Parks Service.

Creating the preserve turned out to be only half of the battle. With many others I continued to work on the maintenance policies, publicizing, and enlargement of the preserve, which, if it began at 84,550 acres, now stands at 108,208 acres. To this have been added 5,854 acres through corporate donation, a state park (2500 acres) and a national heritage site (10,729 acres): a total of 127,292 acres. 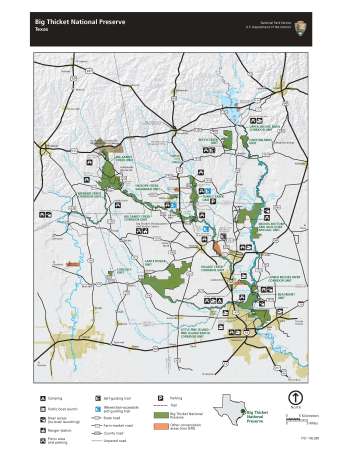 Those of us involved in this project are proud of what it accomplishes. It protects two of the best canoeing streams in East Texas (Big Sandy – Village Creek and the Neches River). It has sparked numerous educational & scientific programs (the most recent of which, the Big Thicket All-Taxa Biological Inventory, has discovered over a dozen species new to science). The preserve provides for public hiking, camping, fishing, canoeing, and bird watching. In 1981 it was declared an International Biosphere Preserve by UNESCO. In 2001, the American Bird Conservancy declared it a Globally Important Bird Area.

Occasionally, and entirely unexpectedly, in completing one project one finds oneself confronted with another.The Big Thicket National Preserve contains nine land units bound together by six stream corridors. Of these units (each of which contains distinctive plant growth communities) four are on the 80 mile Neches River Corridor, which extends north from Beaumont. With a significant portion of the Neches protected by the preserve, it now becomes feasible to create a Neches National Wild & Scenic River: a wild, free flowing river over 200 miles long. Essentially this would consist in extending the system of land units & stream corridors (like those already in place in the preserve) through a system of national forests, national wildlife refuges, and privately owned preserves which are already established upriver.

Thus what started years ago as a letter from a concerned but seriously uncertain graduate student to a fledgling U.S. Senator, and which seemed to peak in 1974 with the creation of the Big Thicket National Preserve, has turned into a lifelong vocation and a continuing, never completed work-in-progress. More biologically rich areas will be added to the checkerboard of land units already in or involved, in a kind of patchwork, with the preserve. More stream corridors will be added, in whole or in part, connecting these units. I have no doubt that future millions, living in the endless cities & suburban sprawls that will be the fate of Texas, will be very glad that this has been done.